Anarchic. Irreverent. Rebellious. When the Sex Pistols stormed onto the scene in 1975, they changed music forever.

Everything about them – from the joyous profanity of their lyrics to the DIY aesthetic of their clothing – challenged the establishment and the clean-cut world of pop. They ushered in a loud, brash, no-holds-barred era of music. And while they only produced one album,

Never Mind the Bollocks, Here’s the Sex Pistols, in their short, two-year career – their legacy still lingers. This is a band that so perfectly captured and channelled the essence of the non-conformist Docs spirit. And just as Docs were adopted by subcultures, we continue to be influenced by them – a fact which gives even more meaning to this collaboration.

Inspired by the iconic album artwork of Jamie Reid, the styles are emblazoned with lyrics from the song Pretty Vacant. The black and white colouring of these Docs is uplifted by neon pink and vibrant yellow – giving raucous expression to the everlasting rebel attitude. 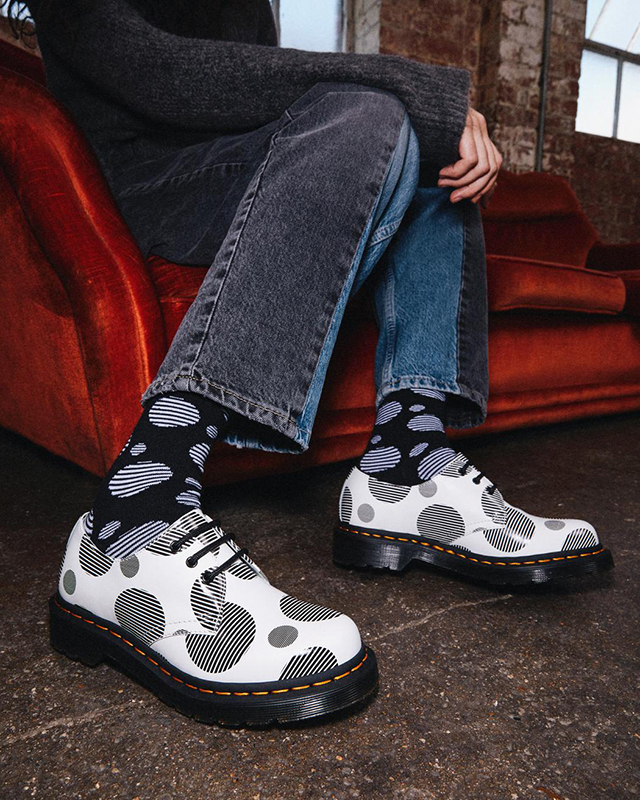