What would happen if Leonardo da Vinci’s ‘Mona Lisa’ was exposed to street art and graffiti? That’s exactly what our new artist Domingo Zapata explores in his stunning debut collection, La Gioconda.

Reimagining the archetypal masterpiece of the Italian Renaissance through street art and graffiti aesthetics, New York-based Domingo contrasts the work of an Old Master with contemporary techniques. He layers fantasy with reality, visualising his poetic imagination through layers of text and visual cues, including symbols.

Each hand-embellished giclée is a conversation of colours, with Domingo’s distinctive style identified by the raw strokes of paint.

As a child, Domingo explored his Spanish heritage and learned about artists including Diego Velázquez, Francisco Goya, Pablo Picasso and Salvador Dalí. After moving to New York, he was hugely influenced by pop culture and the aesthetics of Andy Warhol and Jean-Michel Basquiat.

Described as ‘the next Andy Warhol’ by The New York Post, Domingo has since collaborated with the Pope, created a record-breaking mural in New York’s Times Square and headlined at New York Fashion Week.

His work is collected by stars like Leonardo DiCaprio, Johnny Depp and Orlando Bloom, and is in the collections of the Missoni family and the investment bank Goldman Sachs. 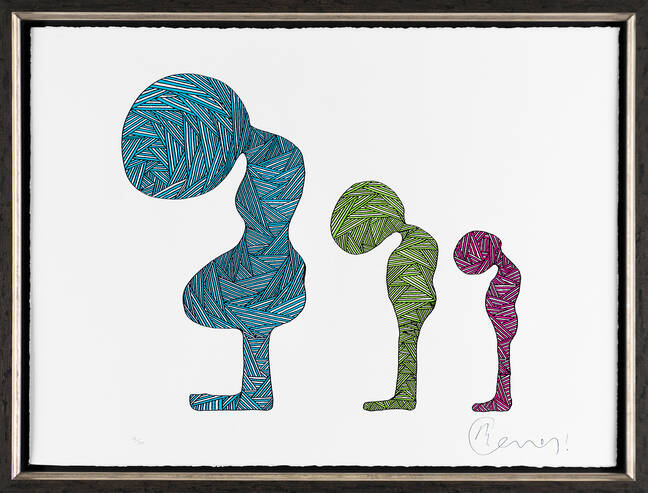